Roadsides is a collective project. There is no editor-in-chief but an editorial team of eleven peers, among whom the position of managing editor will rotate regularly. The editorial team and guest co-editors are in charge of a double peer review system to ensure consistently engaging and high-quality inputs, as well as timely publication on the website. 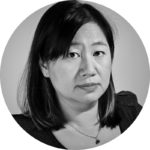 Julie Y. CHU is Associate Professor of Anthropology and Social Sciences at the University of Chicago and Director of Graduate Studies. Julie is a sociocultural anthropologist with interests in mobility and migration, economy and value, ritual life, material culture, media and technology, and state regulatory regimes. Her book, Cosmologies of Credit: Transnational Mobility and the Politics of Destination in China (Duke University Press, 2010), received the 2011 Sharon Stephens Prize from the American Ethnological Society and the 2012 Clifford Geertz Prize from the Society for the Anthropology of Religion. Her current writing project is entitled The Hinge of Time: Infrastructure and Chronopolitics at China’s Global Edge. Based on three years of fieldwork largely among Chinese customs inspectors and transnational migrant couriers, this work will analyze the various infrastructures in place (legal-rational, financial, cosmic, piratical) for managing the temporal intensities and rhythms of people and things on the move between Southern China and the United States. A graduate of NYU’s Program in Culture and Media, she is also currently completing video projects related to her fieldwork as well as developing a new ethnographic focus on Chinese soundscapes, especially in relation to the changing qualities and valuations of the Chinese concept of renao (热闹, a bustling scene, social liveliness or, literally, ‘heat and noise’). 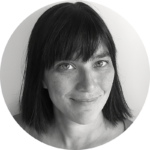 Tina HARRIS is Associate Professor of Anthropology and Co-Director of the Moving Matters research group at the University of Amsterdam, as well as one of the main organizers of the Asian Borderlands Research Network. She holds a PhD from the City University of New York Graduate Center, and her research focuses on aviation, cross-border mobility, infrastructure, and the movement of commodities, particularly in the Himalayas. She is the author of Geographical Diversions: Tibetan Trade, Global Transactions (University of Georgia Press, 2013), and her articles have been published in journals such as Political Geography, Cultural Anthropology, Antipode, and Environment and Planning D: Society and Space. 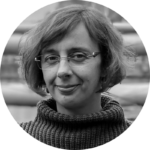 Agnieszka JONIAK-LÜTHI is Professor of Social Anthropology at the University of Fribourg and heads the team project ‘ROADWORK: An anthropology of infrastructure at China’s Inner Asian borders’ (2018-2022). She is also the current managing editor of Roadsides. Agnieszka focuses in her research on western China and the Sino-Central Asian border regions. She is currently particularly interested in reconsidering infrastructure through the life-spans, time horizons and temporal rhythms of the state, the capital, materials, discourses, humans etc. that make and unmake it. She is also always interested in the interface at which the normative ideas about infrastructure and its functioning disintegrate into situated social practice. In her current research she explores the tension between the fact that infrastructure incessantly decays and, on the other hand, the persistent belief in its transforming power shared by so many developmental ideologies around the world.

Agnieszka is the author of The Han: China’s Diverse Majority (University of Washington Press, 2015) and the co-editor of the special issue ‘Spatial Transformations in China’s Northwestern Borderlands’ (Inner Asia, 2016). Her articles have been published among others in the Journal of Asian Studies, The Cambridge Journal of Anthropology, Political Geography, Ethnic and Racial Studies, Modern Asian Studies, Asian Ethnicity and Zeitschrift für Ethnologie (German Journal of Anthropology). 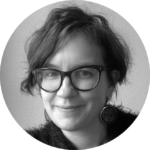 Madlen KOBI is a postdoctoral researcher at the Academy of Architecture in Mendrisio, Switzerland (Università della Svizzera Italiana). She obtained a PhD in social anthropology from the University of Bern, and worked subsequently as a postdoctoral researcher and lecturer at the Department of Social Anthropology and the Ethnographic Museum at the University of Zurich. Her book Constructing, Creating and Contesting Cityscapes. A Socio-Anthropological Approach to Urban Transformation in Southern Xinjiang, People’s Republic of China was published in 2016 by Harrassowitz. Madlen’s research and teaching interests include urban anthropology, architectural anthropology and the anthropology of waste and urban space use with a regional focus on China. Her current research on thermal-material culture and everyday climate-related practices in residential spaces in the city of Chongqing is a part of an interdisciplinary grant project ‘Cross-Cultural Theory of the Urban Passive House’ at the Academy of Architecture in Mendrisio headed by Sascha Roesler and funded by the Swiss National Science Foundation. 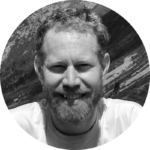 Galen MURTON is a Marie S. Curie fellow at the Department of Social and Cultural Anthropology at LMU Munich (Germany) where he is currently working on the project ‘Road Diplomacy: International Infrastructure and Ethnography of Geopolitics in 21st Century Asia’. At LMU, he works in close collaboration with the team comprising the ERC Starting Grant project: ‘Remoteness and Connectivity: Highland Asia in the World’. Galen is also an Assistant Professor of Geographic Science in the School of Integrated Sciences at James Madison University in Harrisonburg, Virginia (USA). He completed his PhD in Geography at the University of Colorado Boulder and is particularly curious about the ways in which power operates spatially through material things like roads, rails, fences, and dams. In addition to teaching courses on cultural geography, development studies, and the history of geography, he also enjoys conducting fieldwork with his students in the mountain ranges of Asia as well as the Americas. 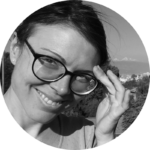 Nadine PLACHTA is currently a visiting scholar and postdoctoral researcher in the Department of Geography at the University of Colorado Boulder, USA and lecturer in the Department of Social Sciences at the University of Fribourg, Switzerland. Trained in social anthropology and global studies, her research focuses on how ethnic belonging and citizenship are mobilized for political agency, especially after periods of rupture such as civil conflicts and natural disasters. Based on her long-time ethnographic engagement in South Asian borderlands, she is also interested in contributing to critical debates on state-making, infrastructure landscapes, architecture, and the environment. 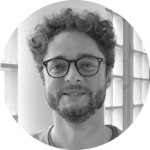 Matthäus REST is a social anthropologist interested in the relations between the environment, the economy and time, mostly through the prism of peasant lifeforms. His PhD project dealt with transnational hydropower development in the Global South and the fundamental shifts it has gone through since the 1990s. On the example of Nepal’s unbuilt Arun-3 dam, it investigated the ramifications of a promised infrastructure intervention that never arrives on the affected communities, the national debate on development, and global infrastructure funding. His current research, based at the Max-Planck-Institute for the Science of Human History in Jena, Germany, is concerned with peasant dairying bacteria across Eurasia, the fermentation collectives that sustain them, the scientists who aim to collect these cultures, and how they translate them into data to investigate the history of human–animal–microbe coevolution. Additionally, he is interested in the global rise of the Krampus. 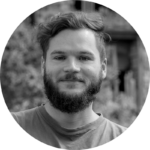 Alessandro RIPPA is a social anthropologist interested in the social and environmental impact of infrastructure development, the flow of commodities across national boundaries, and the role of informal markets in processes of globalization. Alessandro has pursued these interests in the ethnographic contexts of Western and South-western China, particularly at China’s borders with Pakistan, Myanmar, and Laos. His current research focuses on the analysis of the social and environmental consequences of Chinese investments in Myanmar, and explores new theoretical approaches for the study of large-scale infrastructure. He is the author of Borderland Infrastructures: Trade, Development, and Control in Western China (Amsterdam University Press, 2020) and a co-editor of the Routledge Handbook of Asian Borderlands (2018).

Alessandro obtained his PhD in Social Anthropology at the University of Aberdeen in 2015, and held postdoctoral positions at LMU Munich and at the University of Colorado, Boulder. He is the PI of the Environing Infrastructure project (2020-2025) at the Rachel Carson Center for Environment and Society, LMU Munich, and is currently on leave from his position as Associate Professor of Chinese Studies at Tallinn University. 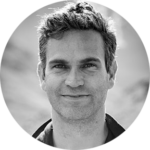 Martin SAXER is an anthropologist based in Munich, Germany. He was a Clarendon scholar at Oxford and received his doctorate in 2010. He conducted extensive fieldwork in Siberia, Tibet and Nepal and published the book Manufacturing Tibetan Medicine: The Creation of an Industry and the Moral Economy of Tibetanness (Berghahn 2013). Since 2015, he is leading a 5-year research project funded by the European Research Council under the title Remoteness & Connectivity: Highland Asia in the World (highlandasia.net).

Martin directed two feature-length documentary films and runs the visual ethnography blog theotherimage.com. He is currently working on a second monograph, an exhibition on “Highland Flotsam” (highlandasia.net/projects/highlandflotsam.html), an a new documentary film with the working title “Murghab”. 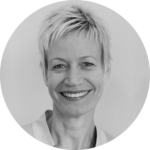 Christina SCHWENKEL is Professor of Anthropology at the University of California, Riverside and Director of the Program in Southeast Asian Studies (SEATRiP). She is co-editor of the Journal of Vietnamese Studies. Christina has conducted extensive ethnographic research in Vietnam on global technology transfers and postwar reconstruction of urban infrastructure. Her first book, The American War in Contemporary Vietnam: Transnational Remembrance and Representation (Indiana 2009), examined the materiality of knowledge production and the geopolitics of commemoration through the built environment. Her more recent publications have focused on Cold War technopolitics and socialist circulations of urban planning knowledge between Vietnam and East Germany, including her latest book: Building Socialism: The Afterlife of East German Architecture in Urban Vietnam (Duke 2020). Her new research projects focus on industrial design, urban soundscapes  and gendered forms of training and expertise. 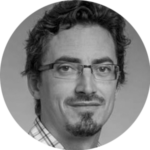 Max D. WOODWORTH is Assistant Professor of Geography at The Ohio State University. His research concentrates on urban development in China and East Asia with special attention paid to resource boomtowns and suburban “edge city” development. Since 2010, he has conducted extensive research in Ordos Municipality, an energy resource-abundant area in China’s Inner Mongolia Autonomous Region. This work has explored linkages between urbanization, infrastructure expansions, and energy resource production. Since 2014, he has expanded the regional scope of his research to include the boomtowns and oil regions of the U.S. Upper Midwest. Max’s research into suburban new towns in China addresses the politics of peri-urban development currently underway across China. Both areas of research share similar theoretical concerns with notions of the “frontier,” and specifically the understanding of peripheral spaces as leading edges of economic growth, political contention, and cultural change. His research has been published in such journals as The Professional Geographer, Geoforum, The International Journal of Urban and Regional Research, and The Journal of Asian Studies.